For food producers, the most formidable adversaries are sometimes other food producers. Rarely is such an admission made publicly, but within the echo chambers of food and ag, the circular firing squad is often referenced. Whether through lawsuits or labels, much focus is given to discrediting competitors, even when it risks undermining overall public confidence in the safety of our food system. 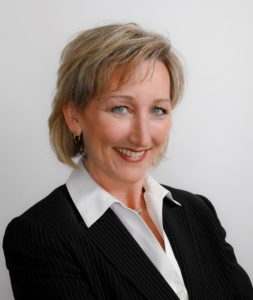 As consumer preferences become ever more niche, the specialization of product offerings intensifies. In this new reality, an important choice exists. Companies and trade organizations can work to tear down others in hopes of gaining an advantage or they can distinguish products based on attributes and celebrate the diversification of food offerings under a big tent.

We celebrate those who subscribe to the latter, even if their journey began with the former. That’s the case for one start-up in the alternative meats space, and it provides a fascinating case study.

Few innovations have received as great a spotlight as alternative meats (aka cell-based meats, alternative protein or any number of labels). The public battle over how to regulate them, label them and market them is front and center. So, you might have missed how one company has changed its messaging from an “open fire” mentality to a “big tent” perspective.

This company made its entrance several years ago with a bullseye set squarely on conventional agriculture. With frequent references to “clean meat,” a company leader was quoted saying, “…the way conventional meat is produced today creates huge problems for the environment, animal welfare and human health.” He described his product as, “…cleaner, safer and all-around better than meat from animals grown on farms.”

Today, you might mistake that same leader for an advocate of traditional agriculture. In a recent public appearance, he said, “Agriculture is the most innovative community in the world.” He went on to applaud farmers for stepping-up time and again to meet increased demand. He also described a “big tent” with plenty of space for all and pledged to work “side by side supporting consumer choice.” He noted that demand for meat is expected to double by 2050 and said by filling a small slice of the demand, cellular meat can take some pressure off conventional agriculture. He added, “We all want the same thing; to meet the growing demand for meat – to feed the world.”

That’s more like a 180-degree turn than a pivot. It will serve the company well, if consumer research is any indication, which reveals a large and influential percentage of the population is tired of the food fight – tired of trying to sort through conflicting claims. Their weariness is exposed in the results of a message testing project. Messages that accused food companies of “duping consumers” and “misleading labels” didn’t just test poorly, they did more harm than good – completely turning-off consumers.

The new food economy includes many start-ups that echo the initial rhetoric of the alternative meat company. Their approach has been to discredit conventional agriculture. In turn, conventional agriculture has been more than happy to punch back. If a rising tide lifts all boats, doesn’t it follow that stooping to a playground brawl leaves everyone bruised and battered – knocking down consumer confidence along the way?

We hope others in the new food economy will take a hard look at their messaging. Conventional producers, too, for that matter. Does your marketing erode consumer confidence using scare tactics or does it celebrate the specialization that is enabling the food system to respond to a vast array of consumer preferences? Food fight or big tent? It matters.