Can Consumer Fear of Biotechnology be Overcome? 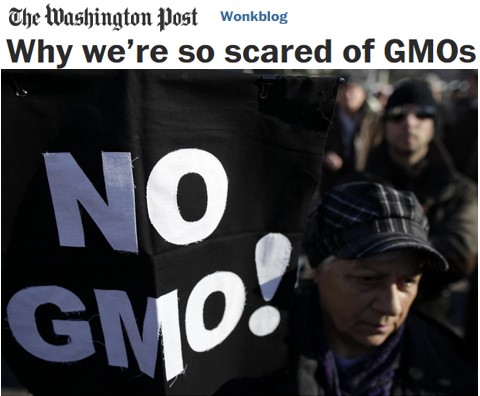 An article this week at the Washington Post’s Wonkblog featured a Q & A with Jayson Lusk, agriculture economist at Oklahoma State University. Lusk, who has a book on the subject coming out next year, says the controversy surrounding biotechnology isn’t decreasing, but it doesn’t seem to be picking up, either.

The issue is a ubiquitous topic in social media circles weekly. Some examples: The blog Deliciously Savvy pressures Quaker Oats to adopt GMO labeling with its “Will You Conceal or Reveal” campaign. Meanwhile, the science editor at BuzzFeed.com —@VirginiaHughes (17,000 followers) – tweeted “There should be a niche food company that brags about its GMOs on the label.” 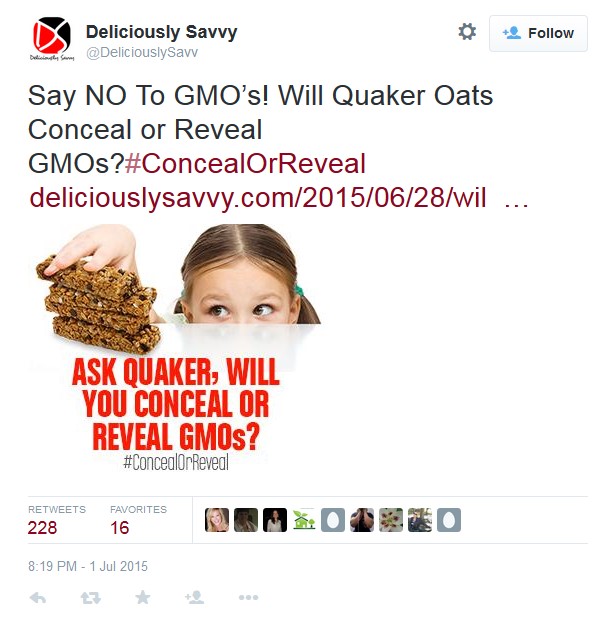 In an open letter posted at BostonHerald.com, two state lawmakers urge the Massachusetts legislature to adopt a law mandating GMO labeling. The Hill (@TheHill – 584,000 followers) reports a coalition of 125 business leaders and celebrity advocates call on President Obama to “keep his campaign promise and give Americans the right to know what’s in their food” with mandatory GMO labeling.

The GMO debate isn’t slowing down farmers in their adoption of herbicide-tolerant (HT) crops. Updated government data this week posted by the USDA’s Economic Research Service shows 89 percent of the corn and soybeans planted in the U.S. are genetically modified. 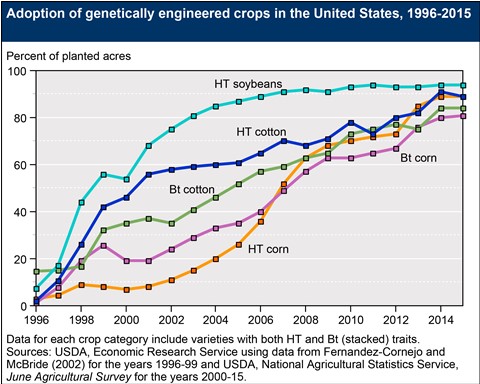 Consumer fear of new technology can be overcome. Lusk says it was achieved with milk pasteurization and microwave ovens. Where’s the GMO debate headed? One direction might be for someone to introduce a biotech crop that captures the public’s imagination without scaring them. The recently-approved Arctic Apple might be such a product, according to Lusk.

Continuous consumer engagement on the GMO issue can help bring about understanding. Websites like GMOAnswers.com seek to provide visitors balanced information on the issue. CFI’s Best Food Facts website has engaged multiple experts on the topic.

CFI’s peer-reviewed and published model for building trust in today’s food system shows Confidence (shared values) is three-to-five times more important than Competence (skills and technical expertise or science) in building consumer trust. In other words, an increasingly skeptical public doesn’t care how much experts know until they know how much they care.

A clear theme in CFI’s latest survey is that food system experts can make a difference when they choose to engage by first establishing shared values and then providing factual, technical information that is relevant and meaningful. After Confidence has been established, people are more willing to consider technical information, or Competence, in their decision-making process.