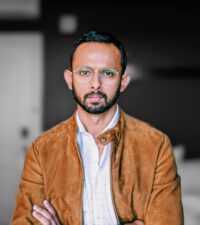 Ujwal Arkalgud is an award-winning cultural anthropologist and founder of MotivBase.He began his career as an in-field researcher conducting immersive ethnographies in the entertainment and travel sector, where he discovered a simple truth – people make decisions based on shared beliefs, not rational needs. In 2015, Ujwal co-founded a disruptive consumer research company called MotivIndex. In 2019, MotivIndex launched MotivBase.com, the world’s first AI Anthropologist that decodes the implicit meaning behind topics, issues and trends and even quantifies and predicts demand. In 2022, MotivBase was acquired by Lux Research where Ujwal now serves on the executive leadership team and continues to focus on MotivBase and its technology.