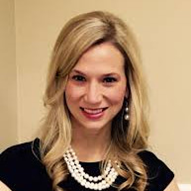 Since March 2019, Emily has been with Chick-fil-A as their Principal Program Lead, Public Affairs. Prior to this role,
she served as a member of the U.S. Mission to the United Nations as then-Secretary Haley’s senior advisor on
foreign policy issues related to Africa, Europe, East Asia, Western Hemisphere, and Peacekeeping. Her role included
coordinating with U.S. embassies, other U.S. government agencies, foreign governments, and non-governmental
organizations to identify emerging global political and security events and develop and implement appropriate
responsive courses of action within the United Nations Security Council and General Assembly, as well as organizing
the High Level Summit on the World Drug Problem hosted by President Donald J. Trump during the 73rd Session of
the United Nations General Assembly and attended by Heads of Delegations from over 130 other countries.